Jerry was born on October 17, 1933, to Claude and Catherine Farwell in Benton Harbor. Jerry graduated from St. John's Catholic School and served in the Air Force from 1952 to 1956 He was part of the Twelfth Radio Squadron Mobile Security Force stationed in Landsberg, Germany. After serving, he earned a degree in accounting from Western Michigan University. Years later he received a Master's Degree in Education from WMU and an Educational Certification from Grand Valley University.
Jerry taught Special Education in Berrien Springs, Grand Haven and Benton Harbor where he became Special Education Director and Elementary Principal. He retired from Blossomland Learning Center as Assistant Principal in 1994.

Jerry loved to make people laugh. He had lots of "sayings" known as "Jerryisms" that, at the very least, would bring a smile! He was an accomplished stained-glass artist, loved to golf and travel. He was a member and past president of St. Joseph Lion’s Club, a lifelong member of Lest We Forget, and a member of the VFW.

Jerry is survived by his wife Harriet Farwell, his four children: Michelle (Don) Carll, Erin (Michael) Farwell Knotts, Dianna Lydiard, John (Janie) Farwell and his step-children Dawn Rene, Christopher (Jamie) Brummel and step son-in-law Joseph Rathbun, plus 12 grandchildren and 3 great-grandchildren. He is also survived by his sister Maryann Puchinsky and his children’s mother Roberta Farwell. Jerry was preceded in death by his parents Claude and Catherine Farwell, his granddaughter Lindsay Carll, his brothers George and Don Farwell and step-daughter Dianna Brummel-Rathbun.
A Celebration of Life services will be held at the Christian Reformed Church, 3275 Washington Ave., St. Joseph, on Tuesday, December 14 at 11:00 a.m. with visitation on Monday, December 13, from 4:00 to 6:00 p.m., at Starks & Menchinger Chapel, 2650 Niles Rd., St. Joseph. Memorials can be made to Caring Circle, 4025 Health Park Lane., St. Joseph, Special Olympics: Attn Web Gifts, 1133 19th Street NW 12th Floor, Washington DC, 20036-3604 or a charity of your choice. Arrangements have been entrusted to Starks & Menchinger Chapel. 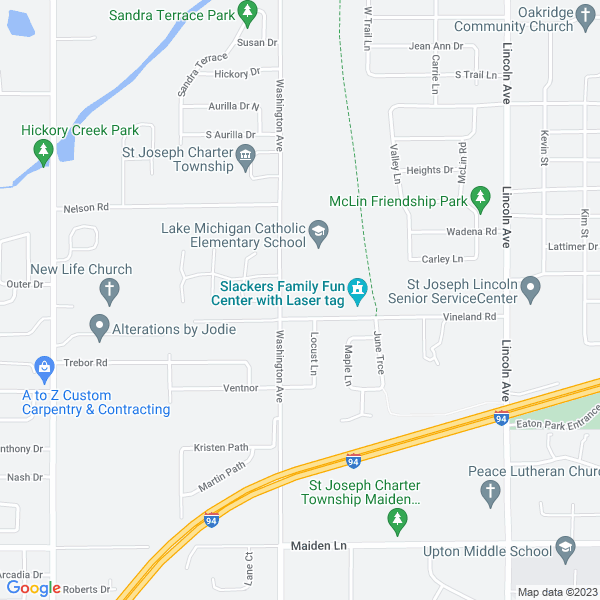